For sale is a CAPspray HVLP Gun. Also included is a turbine hose, and THREE BOXES of various accessories, as shown. It was purchased by a rich guy, who never got to use this sprayer, and subsequently died. Clearly the gun was never used. My pictures are very good, so you can determine what pars are present and what are missing. I personally think that it is a nice gun with a treasure trove of parts. Sold as "new, as shown, as is" because I have no idea if any parts are missing, which does not seem to be the case, but just in case I will say that. 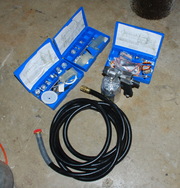 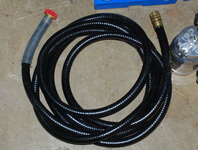 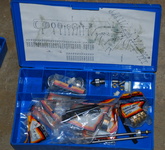 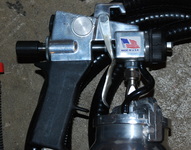